Some rules of motion in the art of Kenpo

This article was done to show the use of rules and principles of motion in Kenpo. So that the student will understand the importance of what he is doing to his opponent and why. I was taught in a very early stage that kenpo is an art were there are no rules. And the interpretation of that is that you can do whatever you feel like, with other words a great deal of freedom in your personal expression of the art. But like any language you have to learn the basic letters or alphabet to make words which also uses rules like i before e except after c. which also shows an exception of the rule. In kenpo we use basics or single moves to formulate techniques. The way to look at rules and principles is that they are there to prevent possibly fatal errors in your techniques that could jeopardize your safety and hinder your opponent’s unintentional moves. Whatever your feeling is about rules of motion you can always learn something from them. Whether you feel you need these tools or not you should analyze them and understand their true value. To quote Mr Ed Parker “Having an open mind does not necessarily lead to perfection. It is your ability to observe, analyse, discern and understand the true essence that basic principles contain that points the way to perfection.”

In the series of techniques below I would like to talk about one specific rule and also show that the word always means 99% or most of the time. Exceptions of the rules are also important to know about. Because it gives you new ways to execute techniques and still dealing with the problem. I have chosen to talk about the inside rule. In kenpo we are always very concerned with controlling the height, width or depth and in our techniques we normally always control minimum two out of the three zones. Naturally there are many techniques where we control all of them. The control is normally under a very few seconds. This is a game of chess on a very high intellectual and physical level. We know what the opponent’s natural reaction should be and therefore we can set him up for the next move etc.

When we do techniques and stay in between his arms we talk about the inside rule or principle. In all techniques we are concerned with his other hand or his legs. For example if he grabs me like in Lone Kimono it is not the hand that is grabbing me I’m most worried about but the other hand (live hand). This hand can at any moment strike me and I don’t have any control of it. Now his possibilities are also that at any given time he could also kick me. Because of his multiple possibilities to attack me because I’m basically between or inside of his arms you have the choice of breaking the height zone or cancelling the width zone. Snapping Twig uses the principle of breaking the height zone and staying inside or between the opponent’s arms. Where as Lone Kimono cancels the width zone which puts or positions you outside the opponent’s arms. This points out the same principle of cancelling the opponents back-up weapons in both principles. Therefore you can see in the technique series how Mr Planas takes me down and controls my other weapons.

In the technique Hooking Wings you can see that the front right kick to the groin will make me bend over which will cancel my height zone. This is the most common way to break the height zone as the strike is below the waist which is the main hinge of the body but there are more ways. 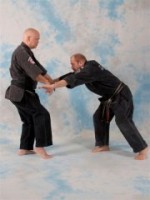 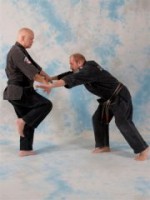 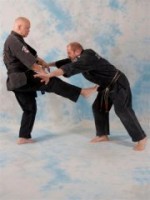 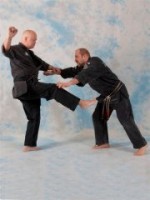 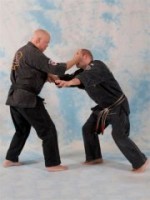 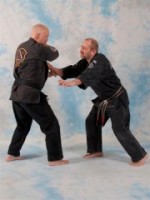 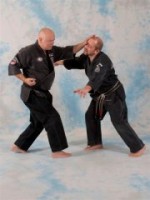 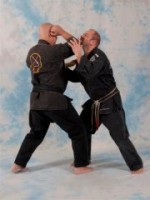 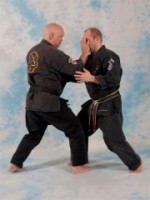 In the next series you can see Mr Planas do the technique Locked Wing which also uses the inside rule. In this case Mr Planas is standing in between my arms with his back facing me and therefore he needs to control me in the same way for the same reasons. Many times one does not realize that you are actually standing between his arms. As you can see by bringing me down controls my height zone and eliminates my back–up weapons. And by stepping back he eliminates my possibilities to grab his leg and at the same time load his own weapon, which is the knee-kick to my face. 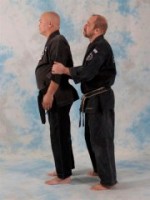 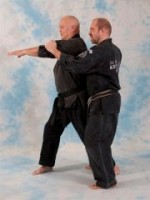 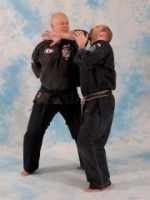 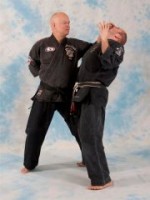 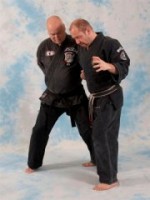 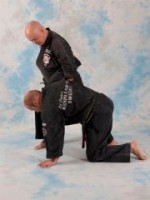 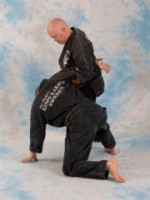 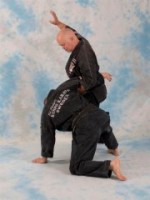 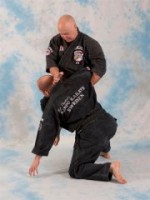 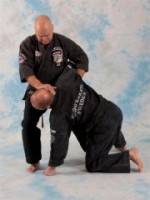 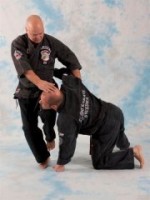 This technique has been chosen to illustrate the exception to the rule or another principle of motion. Mr Planas chooses not to break my waist instead he makes me hold were it hurts. “Whenever you move your hand across your body you can add an insert as long as it won’t hinder/cost you the technique”. And by slicing my eye this will make me react, with other words bring my weapon (my hand) back to my own face which momentarily cancels the use of my hand in an aggressive way. 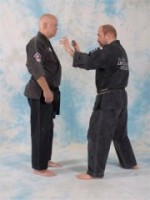 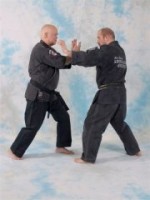 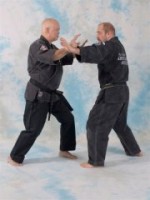 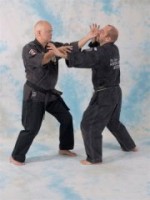 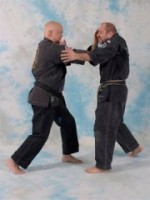 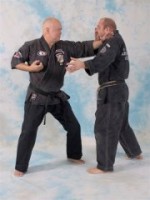 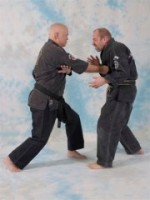 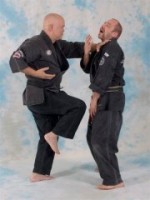 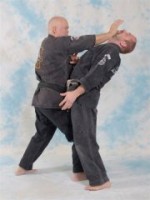 I hope I’ve been able to clear up some things around these techniques. My intension is only to clarify the logics in these techniques. As you can see rules of motion are important to make your techniques effective and prevent problems from intentional or unintentional moves on your opponent’s part.

Fatal error: Uncaught OAuthException: (#10) This endpoint requires the 'manage_pages' permission or the 'Page Public Content Access' feature. Refer to https://developers.facebook.com/docs/apps/review/login-permissions#manage-pages and https://developers.facebook.com/docs/apps/review/feature#reference-PAGES_ACCESS for details. thrown in /storage/content/17/135117/kenpo.se/public_html/wp-content/plugins/facebook-feed-grabber/facebook-sdk/base_facebook.php on line 1254